Official websites use .gov
A .gov website belongs to an official government organization in the United States.

Hubert Hamer is the Acting USDA Chief Scientist and Acting Deputy Under Secretary for the Research, Education, and Economics mission area which is comprised of the Agricultural Research Service, Economic Research Service, National Agricultural Statistics Service, and the National Institute of Food and Agriculture. Together these agencies cut across every USDA department and have unique federal leadership responsibility to advance agricultural research, extension, and education.

From 2010 until he became head of the Statistics Division, Mr. Hamer was Chair of the Agricultural Statistics Board. As ASB Chair, he led the preparation and dissemination of market-sensitive ASB reports compiled and issued under special security conditions known as Lockup. He was also responsible for promotion and outreach of the NASS mission to all stakeholders. From May 2000 until April 2010, Mr. Hamer was NASS Associate Deputy Administrator for Field Operations, overseeing 24 state field offices as well as the Training and Career Development Office.

Mr. Hamer has served in many capacities both in Washington, D.C., and in the Louisiana, Illinois, and Missouri field offices. While directing the Missouri office, he completed USDA’s Senior Executive Candidate Development Program and was appointed to the Senior Executive Service in 2000. Hubert completed the program for Senior Managers in Government at Harvard University’s John F. Kennedy School of Government in 2004 and completed the Office of Personnel Management (OPM) Executive Potential Program in 1994. As part of the OPM program, he served as a fellow with the Senate Budget Committee and worked on the staff of the Secretary of Agriculture.

Mr. Hamer was born on a small livestock and row crop farm in Benton County, Mississippi, and later continued his development in Grand Junction, Tennessee. He is a graduate of Tennessee State University. 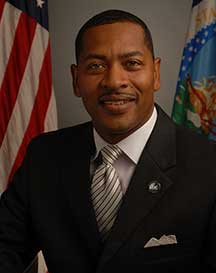 Dr. Chavonda Jacobs-Young is the Administrator for the Agricultural Research Service (ARS). Dr. Jacobs-Young recently served as the Acting Deputy Under Secretary of the REE mission area.  Previously, she served as ARS Associate Administrator for National Programs, where she led the Office of National Programs which manages the research objectives of the Agency. Dr. Jacobs-Young also led the Office of International Research Programs which is responsible for ARS' liaison with its international partners.

Prior to moving into her role at ARS, Dr. Jacobs-Young served as the Director of the Office of the Chief Scientist in the U.S. Department of Agriculture, where she was responsible for facilitating the coordination of scientific leadership across the Department to ensure that research supported by, and scientific advice provided to, the Department and external  stakeholders were held to the highest standards of intellectual rigor and scientific integrity. She also served as the Acting Director for USDA's National Institute of Food and Agriculture.

Dr. Jacobs-Young was a senior policy analyst for agriculture in the White House Office of Science and Technology Policy where she supported the President's science adviser and others within the Executive Office of the President on a variety of agricultural scientific activities and worked across the Federal Government to improve interagency cooperation and collaboration on high-priority scientific issues. 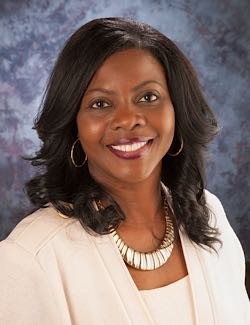 Kevin Barnes is the Acting Administrator for the National Agricultural Statistics Service (NASS).  Previously, he served as NASS Associate Administrator and Chief Financial Officer. Prior to being appointed to this position, Mr. Barnes served as Director of the USDA-NASS Western Field Operations, responsible for oversight of personnel, budget, facilities, and overall operations of field offices covering 22 states. He has more than 37 years of service with USDA.

Mr. Barnes began his career as an agricultural statistician in Florida, then Illinois, before moving to USDA headquarters in Washington, D.C. where he worked as a survey statistician, national commodity analyst for soybeans and other special oilseeds, and led the Commodity Surveys Section responsible for national surveys.  He was later appointed as a state director of the USDA-NASS Virginia Office in Richmond, Virginia. Mr. Barnes finally returned to Washington, D.C. in 2007 as Chief of the NASS Environmental, Economics and Demographics Branch, where he oversaw the Agency’s environmental, and economics statistics program. He also served on the North American Tripartite Committee on Agricultural Statistics and participated in international conferences and training activities in Canada, China and Ghana.

Mr. Barnes was born and raised on a tobacco farm in Wilson County, North Carolina. With over 36 years of marriage, he and his beautiful wife Winonia have three children and four beautiful grandchildren. He is a graduate of North Carolina Agricultural and Technical State University with a B.A. degree in agricultural economics and a concentration in agricultural business.  He also received his executive certification through the American University Key Executive Leadership Program and earned his certification for Senior Executive Service through the USDA Senior Executive Service Candidate Development Program. 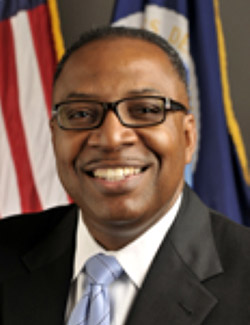 Dr. Carrie Castille was appointed to a six-year term as director of the U.S. Department of Agriculture’s National Institute of Food and Agriculture, which began on January 4, 2021.

A Louisiana native, Dr. Castille has championed agriculture and rural issues for more than 20 years. She has spent her career working in the agriculture industry, education and policy, including serving as Natural Resource Leader and Assistant Professor at Louisiana State University (LSU) and Associate Commissioner and Science Advisor to the Commissioner for the Louisiana Department of Agriculture and Forestry.

Prior to joining USDA, she was appointed by USDA Secretary Tom Vilsack to the National Agriculture Research, Extension, Education, and Economics (NAREEE) advisory board from 2010 – 2017. During her term, she served as Chair of the NAREEE board, and contributed to many organizations, including the Association of Public and Land-grant Universities’ Council on Agriculture Research, Extension, and Teaching. In 2014, Dr. Castille was appointed to the National Council for Environmental Policy and Technology by EPA Administrator Gina McCarthy.

From 2010-2015, Dr. Castille was a member of the National Food Animal Veterinary Institute Board of Directors. She is also a past chair of the Southern U.S. Trade Association Operations Committee and a Fellow of the Food Systems Leadership Institute.

During her career, Dr. Castille received the Secretary’s Award of Excellence in 2003 from Secretary of Agriculture Ann Veneman for development of the Louisiana Master Farmer Program and the Secretary’s Award for Excellence in Rural Development in 2018 from Secretary Sonny Perdue. In 2017, she was the first female inducted into the University of Louisiana Lafayette College of Engineering Hall of Distinction. She also will be the first female to serve as NIFA director in a non-acting capacity. 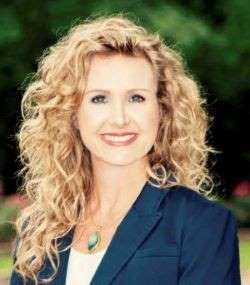 Spiro Stefanou is the Administrator of the Economic Research Service. He provides leadership and guidance for the agency research, analytical, and technical operations. Since 2015, Dr. Stefanou was a Professor of Economics in the Food and Resource Economics Department at the University of Florida.

Prior to his time at the University of Florida, Dr. Stefanou was Professor of Agricultural Economics at Penn State University since 1983.

He is a Distinguished Fellow of the Agricultural and Applied Economics Association and was a Marie Curie Senior Fellow at the University of Crete (Rethymnon, Greece), Mansholt Senior Fellow at Wageningen University (Netherlands), and Jean Monnet Fellow at the European University Institute (Florence, Italy).  He has been a visiting professor at the Institute for Advanced Studies (Vienna, Austria), and the Mediterranean Agronomic Institute (at Chania).  Dr. Stefanou has served on the editorial boards of six national and international journals. 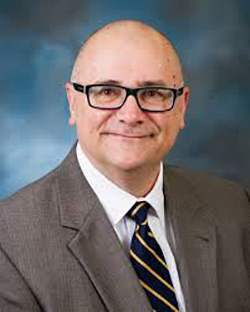 Director for the Office of the Chief Scientist

Dr. Dionne Toombs is the Director for the Office of the Chief Scientist (OCS). In this role, she provides leadership on a wide range of issues affecting science programs and science policy in agricultural research, education, and economics. She comes to OCS from the National Institute of Food and Agriculture (NIFA) where she was Director of the Division of Nutrition, leading a collaboration of nutrition science leaders across the Department. Under her leadership, the Division provided direction in science policy and program development to ensure the safety of America’s food supply and the availability of healthy food to its citizens. 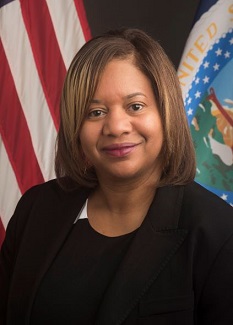